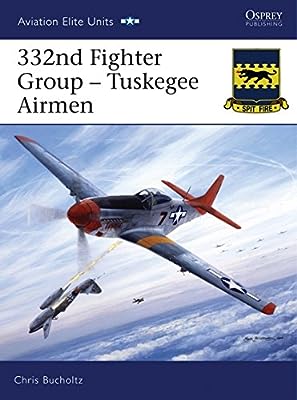 Price: $25.95
As of 2020-01-26 05:08:53 EST (more info)
Product prices and availability are accurate as of 2020-01-26 05:08:53 EST and are subject to change. Any price and availability information displayed on http://www.amazon.com/ at the time of purchase will apply to the purchase of this product.
Buy Now from Amazon
Product Information (more info)
0 0
CERTAIN CONTENT THAT APPEARS ON THIS SITE COMES FROM AMAZON SERVICES LLC. THIS CONTENT IS PROVIDED 'AS IS' AND IS SUBJECT TO CHANGE OR REMOVAL AT ANY TIME.

The USAAC's Tuskegee Experiment, designed to prove that African-Americans were not capable of flying combat aircraft, ironically resulted in the creation of one of the USAAF's elite units.

Crewed by highly-educated and exceptionally motivated men, the 99th Fighter Squadron, led by Col Benjamin O. Davis (later joined by the 100th, 301st, and 302nd FS to form the 332nd Fighter Group), first flew ground attack missions in P-40s in North Africa and participated in the destruction and surrender of Pantelleria, off Sicily. Later, after the unit was equipped with P-51 Mustangs, the 'Redtails' began flying escort missions deep into Germany.

The unit scoreboard boasted 111 aerial kills (including several Me 262 jets), 150 strafing victories, 950 vehicles and railway rolling stock destroyed, and the sinking of a German destroyer by war's end. The group were both feared and respected by the Germans, who called them the "Schwartze Voglemenschen" (Black Birdmen), and revered by others as the "Black Red-tail Angels", partly because of their distinct red-tailed aircraft, and partly because they never lost a bomber under escort to enemy attack (a feat which was unmatched by any other USAAF fighter group in World War II). The pilots of the 332nd FG attribute their success to the discipline instilled by Col Davis, who is reputed to have told them, 'If you lose a bomber, don't bother to come back.'

This book will reveal the true story of the unit who rose above discrimination to achieve elite status.